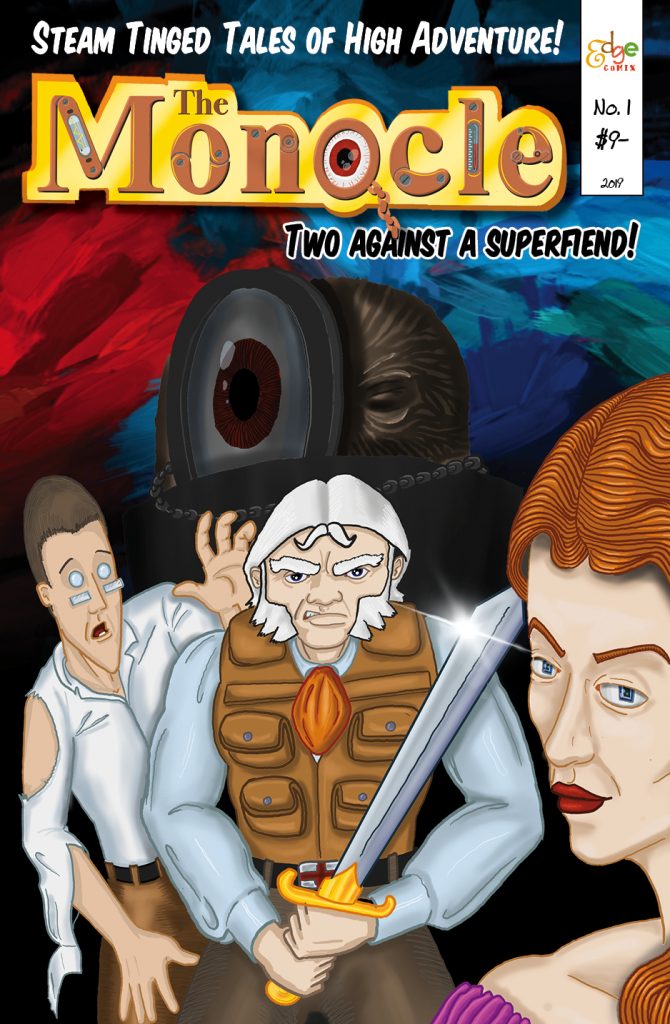 In the steam tinged Victorian future, Sir Walter Tungsten-Boar is recited to fight his old enemy – the superfine known only as The Monocle. But more is afoot than you might first expect. What is Tungsten-Boar’s secret connection to the Monocle? What is the sinister plot against Queen Victoria? Will Wesleyton Smithy ever earn Sir Walter’s respect? All is revealed in – The Monocle!